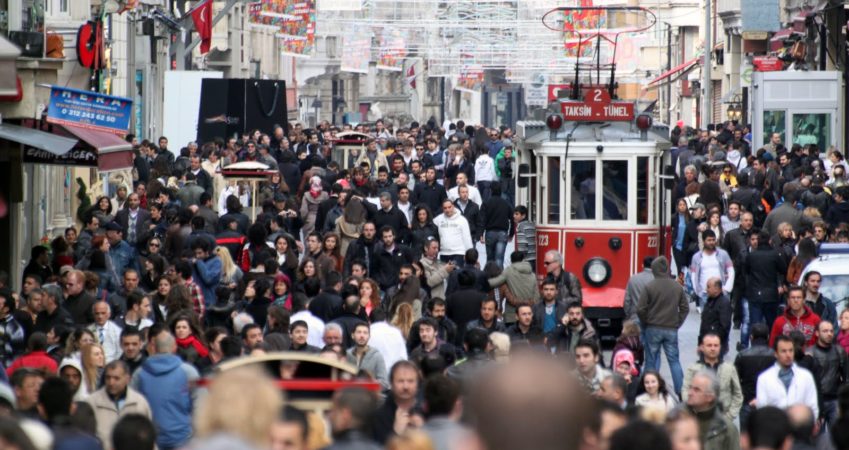 The population of Turkey became 80 810 525 people as of December 31, 2017
Plans to promote procreation have begun to bear fruit in Turkey, whose population in 2017 has grown by 3 million from 2016, with a total population of more than 82.8 million. According to Turkish Statistical Institute TurkStat, the population of Turkey became 80 810 525 people as of December 31, 2017
This significant increase came after a series of incentives by the Turkish government to encourage childbearing, such as day care support for mothers with children between 2 and 5 years of age, as well as physical incentives. President Recep Tayyip Erdogan has also asked on more than one occasion that the Turkish family should have at least three children
The Following Results of Address Based Population Registration System, 2017
Proportion of population residing in province and district centers increased to 92.5% in 2017 from 92.3% in 2016. Proportion of population living in towns and villages was 7.5%.
Number of people living in İstanbul increased by 1.5%
The most populated province was İstanbul with 15 million 29 thousand 231 inmates, constituting 18.6% of Turkey’s population. This province was followed by Ankara with 5 million 445 thousand 26 inmates, İzmir with 4 million 279 thousand 677 inmates, Bursa with 2 million 936 thousand 803 inmates and Antalya with 2 million 364 thousand 396 inmates, respectively. The least populated province was Bayburt with 80 thousand 417 inmates. The median age of the population in Turkey increased to 31.7 in 2017 from 31.4 in 2016. The median age was 31.1 for males while it was 32.4 for females.