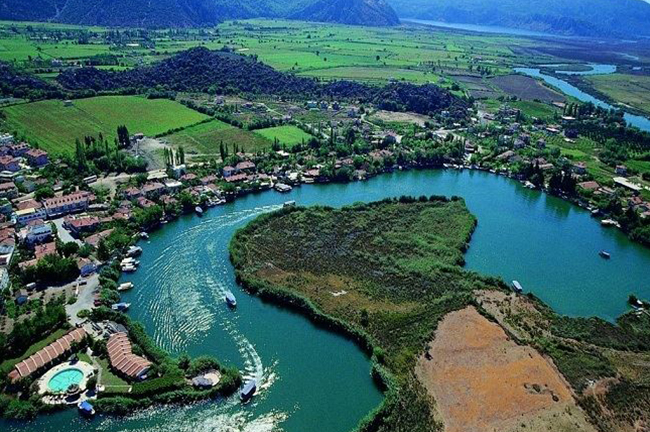 Pearl of the world .. is how the people of Dalyan like to describe their small Turkish town on the Aegean coast of western Turkey, which is under the jurisdiction of Muğla.

The choice of this name is due to the nature of the town and its location and the multiplicity of reasons to attract tourists to it, Its coastline is home to the endangered sea turtle Caretta Caretta sea turtles. 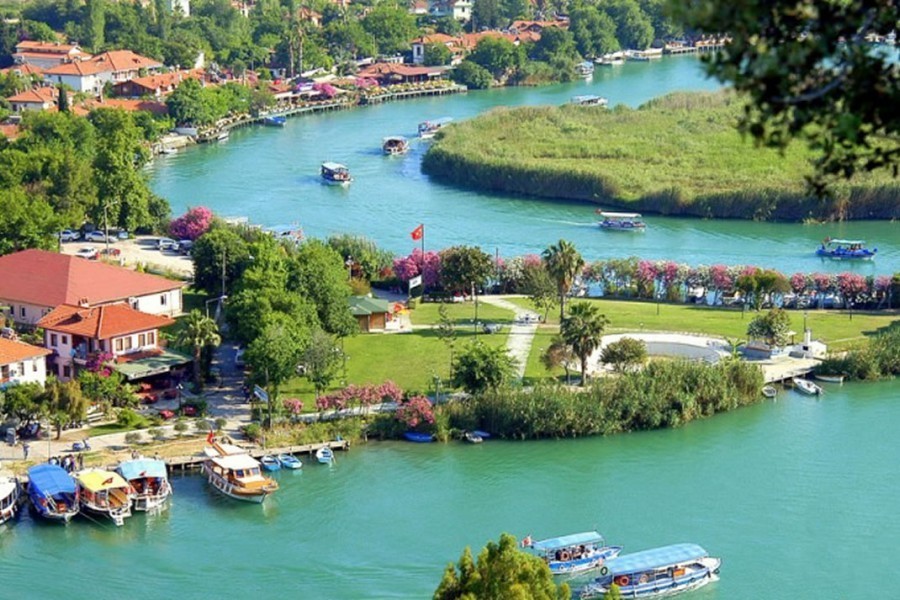 The town limits a freshwater and salt lake, located on the Dalian River Delta, which stretches over 20 kilometers and has been the lifeblood of hundreds of years and the most important source of livelihood for the people of the region with its abundant and varied fish.

“This place has not been destroyed and nature has preserved its purity over time, because Dalyan is a small town that is hard to reach, but now it is protected by the state and people have become more aware of it,” said Nader Shahin, a media officer in Dalyan municipality.

These rocky façades, which look like the entrance of suspended rocks overlooking Dalyan, are only hand-dug caves to be the tombs of the great men of the Canos, dating from about 3,000 years ago. This historic city adds another attraction to this small town.

“This theater can accommodate more than 5,000 people, and this gives you an idea of ​​the size and importance of this ancient city, and the tombs of its kings that have been dug in this way to sanctify it are the strangest,” said Shell Manzik, head of the Cretan Cretaceous Center.

One of the most important features of Dalyan is the Isi Tuzu coastline, which has gained international fame as one of the rare places in the world still suitable for embracing the eggs of  Caretta Caretta sea turtles.

On the coast of Dalyan, a center of intensive care units for infected turtles has been established to study the causes and effects of infection, as well as the role of visitors to come to see  Caretta Caretta sea turtles, particularly in spring and summer.

“We are working with residents, fishermen, tourists and state agencies to keep this coast as a clean natural reserve,” says one of the center’s staff.

In the past, after Dalyan, the main roads were made a natural paradise, where the magic of nature met with the fragility of history. 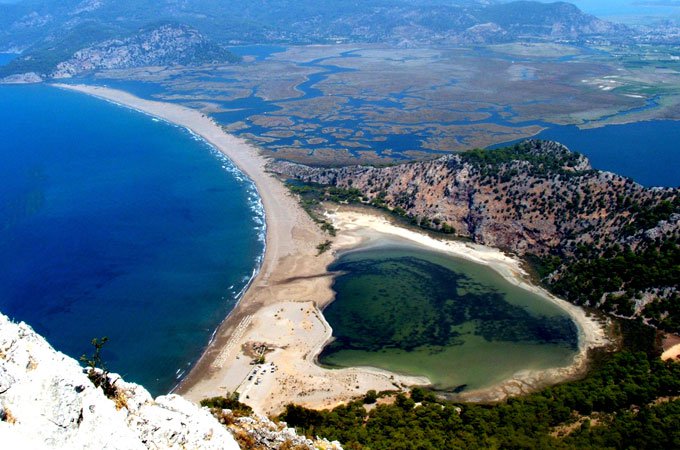 Today, its transformation into a magnet for tourists seems to have protected it from being manipulated by human hands.